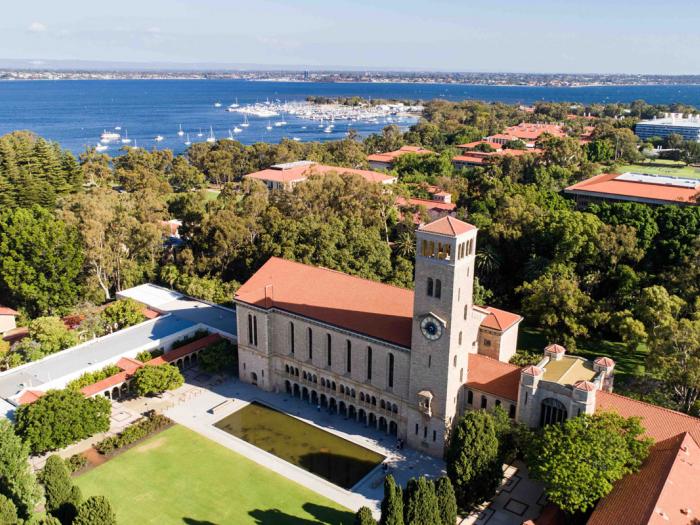 The University of Western Australia (UWA) was established in 1911 as the State’s first university. It was also the first free university in the British Empire, actively promoting equal access to tertiary education for all social classes.

The University was established due largely to the efforts of Sir John Winthrop Hackett, who had a long-standing vision and passion to provide Western Australia with a university. Proprietor and editor of The West Australian newspaper, he chaired a Royal Commission which recommended the establishment of a university. Later he was the founding Chancellor and bequeathed more than £425,000 (the equivalent of more than $32 million today) to the University.

There was consensus among legislators of the time that the University not only be free, but also provide tertiary education of a practical nature to help develop Western Australia’s pioneering economy. At the time of the University’s foundation, Perth’s population was just 121,000 and its economy relied mostly on agricultural, pastoral and mining industries.

As a result, the founding professorial appointments were in Agriculture, Mining and Engineering, Geology, Mathematics and Physics, Chemistry, History and Economics, Biology, and English. These were balanced to an extent by the appointment of lecturers in Classics and Ancient History, French, German, Mental and Moral Philosophy, and Veterinary Science. Overarching these 12 posts were three faculties – Engineering, Science and Arts.

More than 100 years later, the University is now home to four faculties, their attendant schools, and many research institutions and centres, all of which celebrated the University’s Centenary in 2013. UWA also entered the internationally recognised Academic Ranking of World Universities’ Top 100 listing, continuing to set the standard for other Western Australian universities to follow in terms of recognition for its achievements nationally and internationally.